However, before I tell you about marmalade, I must tell you that I bought a new bike. It’s a Boardman and it was on special offer at Halfords in Carrickmines.

I’d been thinking about getting a new bike for ages. In fact, I had some money put aside. Interestingly (for me) the money came from my coin jar. Over the years I emptied my pockets of change into a small tin. When that tin became full, I’d empty it into a bigger container. The year before last, I emptied the big container onto the kitchen table and counted the coins. They came to a little over €600 and I called them my bike fund. The fund more than covered the bike, the mudguards and a new set of lights I ordered today.

Yesterday I took the bike out for a little spin around the block. This morning I was a little more adventurous and headed up to Rockbrook, across to Whitechurch and back home. About 13k, just short of an hour. Very enjoyable. I’m very pleased with the bike. Here’s the view from the highest point of this morning’s cycle.

So, yesterday, I made marmalade for the first time. Again, this was something I had been planning to do for years. That I did it this year is due mainly to a bloke called Will Seaman who, though I haven’t seen him for years, is someone I was and still am very fond of. Anyway, he stuck a picture up on Instagram showing his marmalade making activities and that reminded me that this is the Seville orange season. He subsequently sent me a link to Delia’s marmalade recipe and a load of helpful notes and hints.

Seville oranges are key to the success of homemade marmalade, primarily because of their bitterness. I had to hunt hard last Friday for the oranges, finally finding them in Get Fresh on Marian Road in Rathfarnham, a really lovely greengrocer and delicatessen. I found the sugar in SuperValu, and Christine had bought me some muslin a while ago. So I was all set to go.

Yesterday was kind of busy so it was after lunch before I was ready to start. I was conscious of Nigel Slater’s sentiments about the pleasure of making marmalade. The way he wrote about it almost suggested a spiritual, transcendent process and, to be honest, I was a bit worried that, because I had offered to make dinner yesterday, I wouldn’t get to savour the full value of the process. Making marmalade is elemental and, as Will suggested to me, alchemical. You start out with these seven lumpy, dreadfully bitter pieces of fruit and through a process of squeezing, reserving, cutting, simmering, sugaring, boiling and testing, they are magically transformed into bitter-sweet orangey nectar. Yesterday, the end of the process was a bit rushed and the next time I do it, I’ll make sure nothing else encroaches on my marmalade making time.

Here’s the process in pictures … 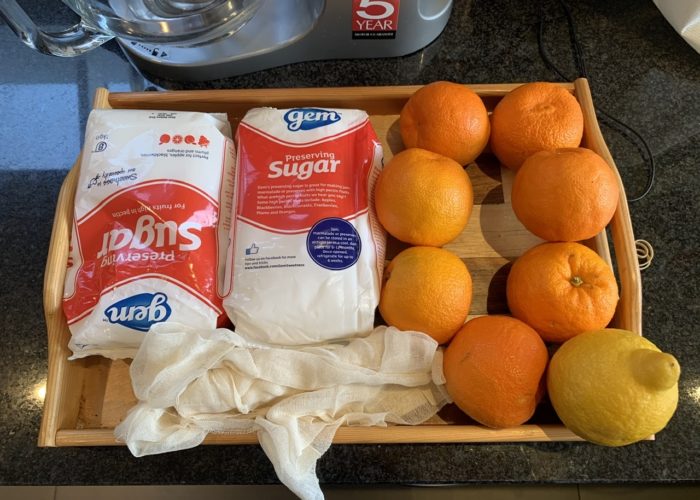 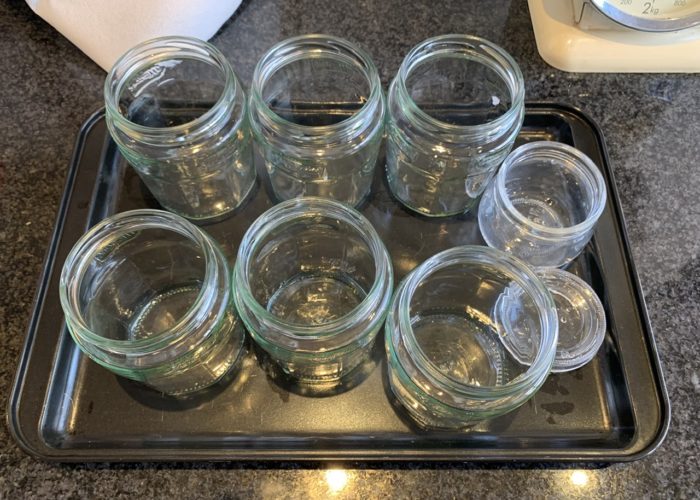 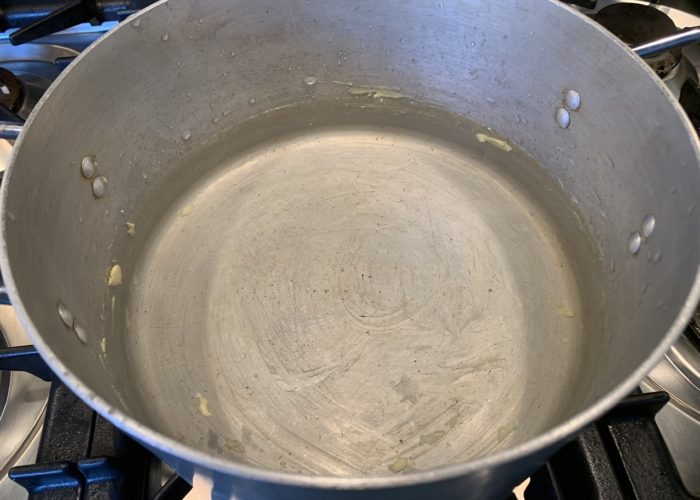 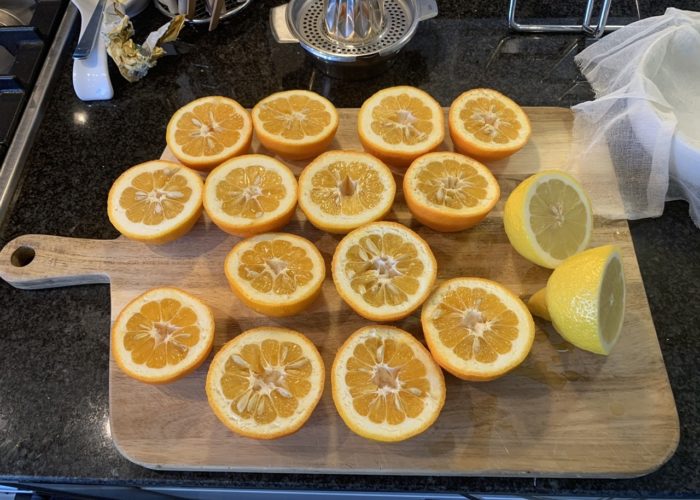 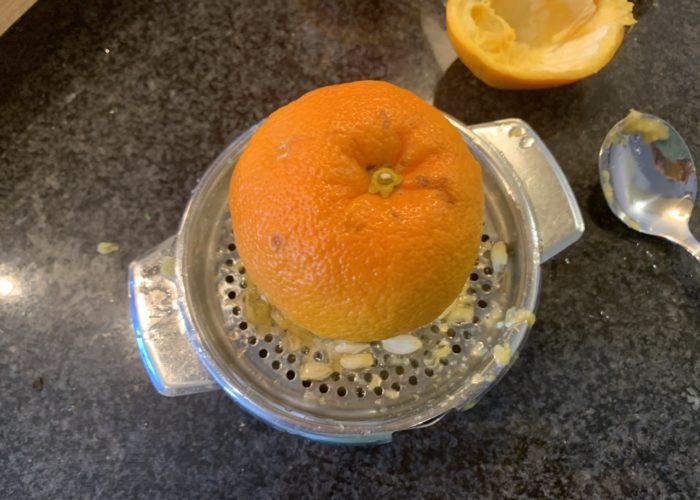 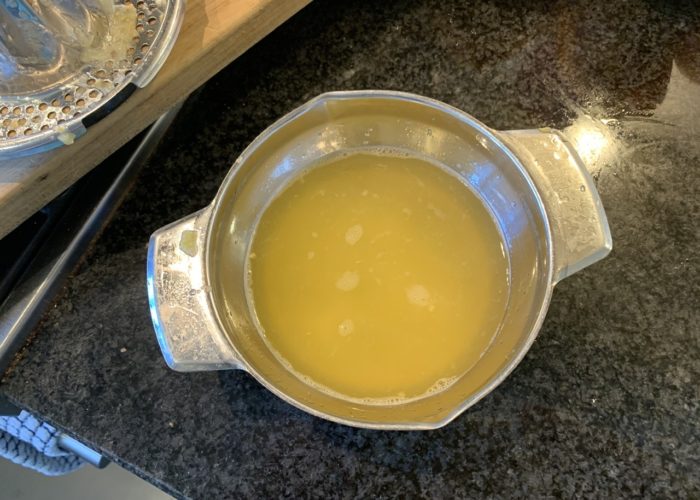 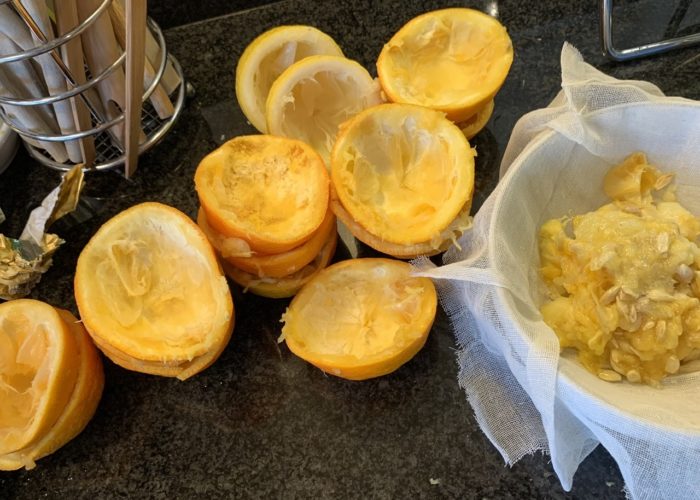 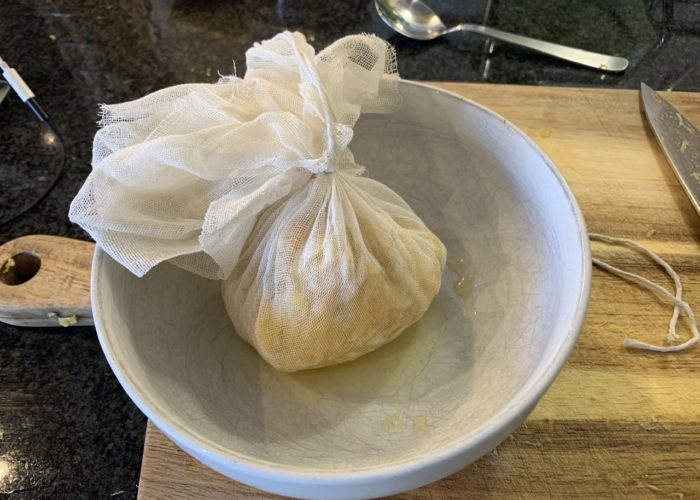 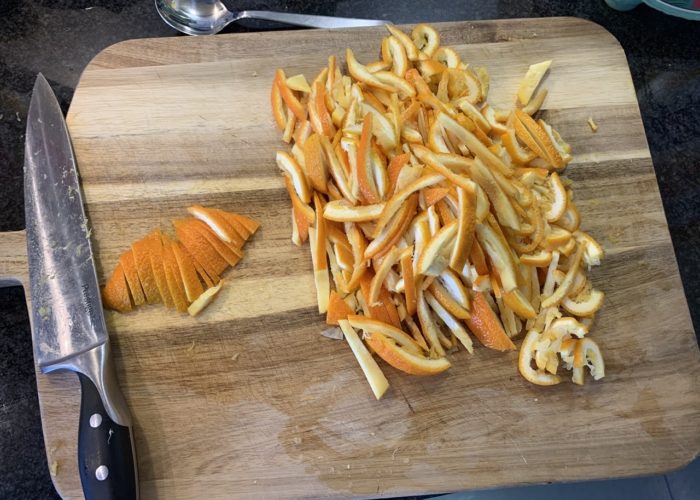 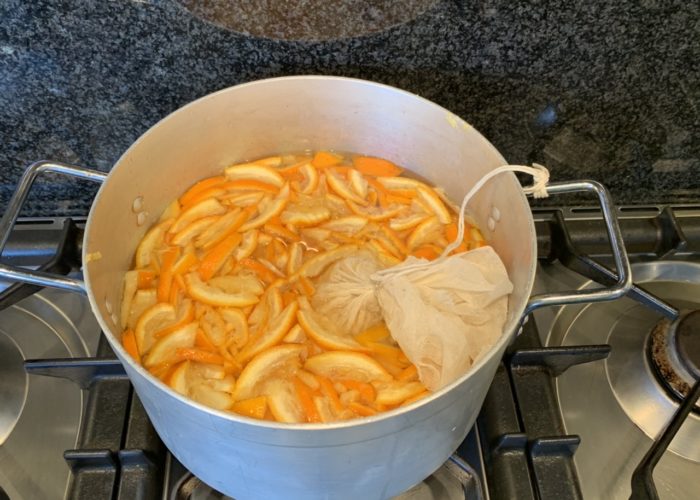 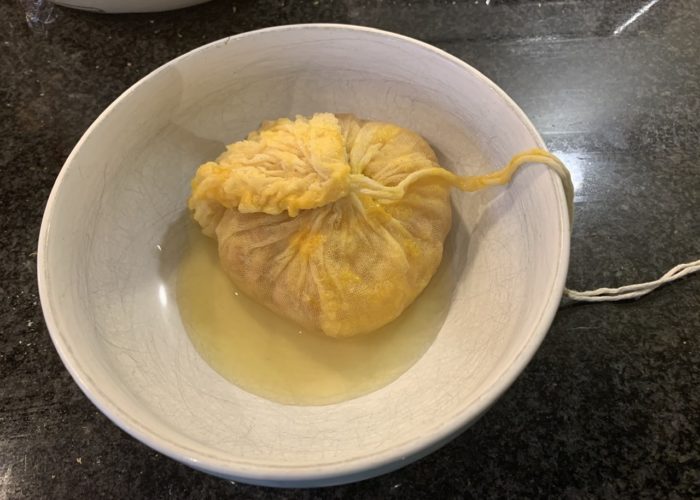 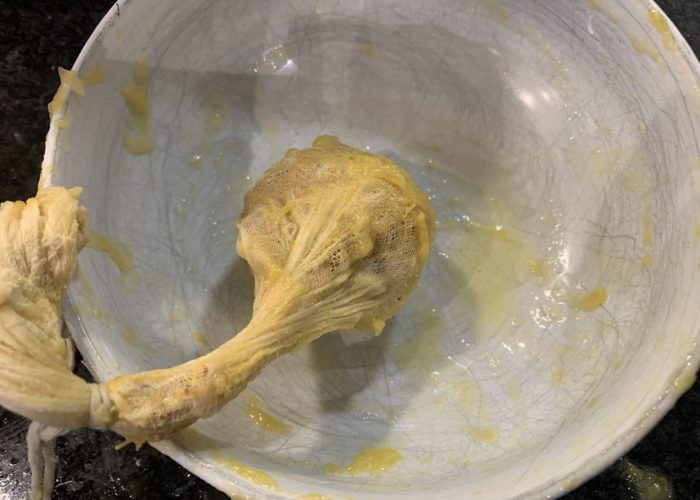 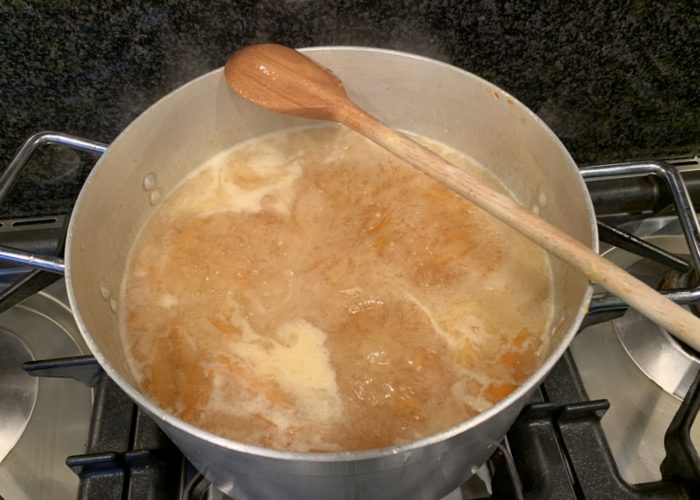 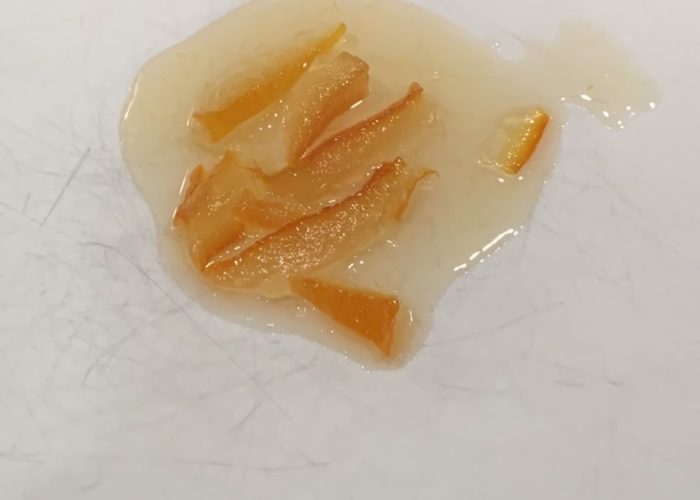 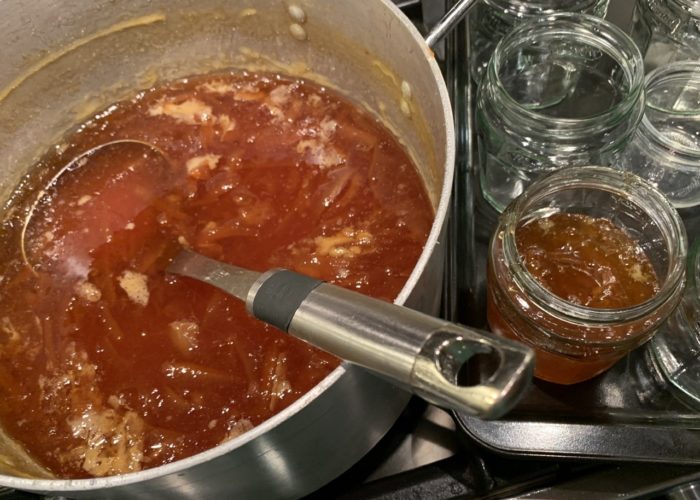 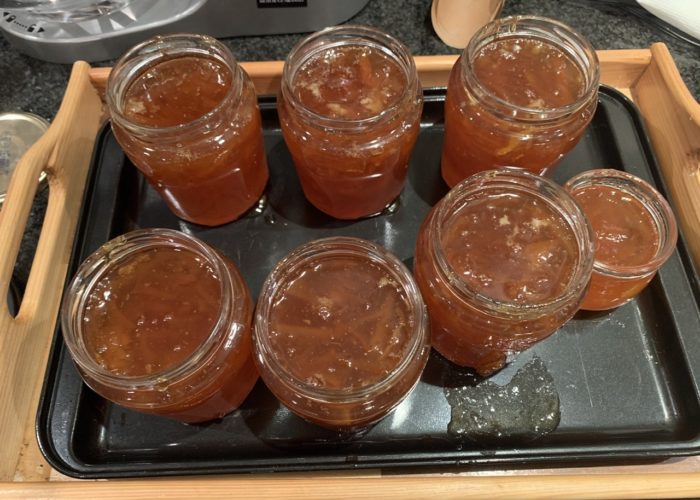 It took the best part of four hours maybe, not all of it needing close attention. The setting process took a lot longer than I had thought but it was all worth it. Very much so.

Today, I designed a label for my jars …

The leaf isn’t quite right but overall, it’s OK.

And that’s about it for the weekend. Oh, except for this …

My alien friend. I’m working on an idea for a tuna can candle, based on street art. I found this guy in a photo and I’m going to try to include him. The picture is filtered a bit, through an app called Pixlr on my phone.

That’s it for now.

* ‘Marmalade. I like marmalade’, is a spoken bit from Alan’s Psychedelic Breakfast on Pink Floyd’s album, Atom Heart Mother, one of my very favourite albums. I have my step-brother, Tim, to thank for my introduction to Pink Floyd in 1973. He had Atom Heart Mother in cassette and I ‘borrowed’ it. It’s an album of many parts, and most of them are sublime.