I spend much of my working life suggesting to young people that they slow down. Poetry, prose and drama all benefit from careful pacing. You speed up, you lose the opportunity to interpret and to really communicate with one’s audience. I remember suggesting to a friend that there is nothing in the arts that doesn’t benefit from being done slower. Not always true but, more often than not, it is.

… and it broke. I’ve glued it but I don’t think the glue will withstand what I need to do to finish it.

I referred to macrame wall hangings in the last post and so I took the opportunity provided by having to wait for the glue on my question mark to dry, to start work on what I have in mind. It’s simple but it should look interesting. It’s also the biggest thing I’ve ever attempted.

I’m using jute rope I bought in Lidl a while ago. It was dirt cheap. And the bamboo pole I’m tying the jute to is from the bamboo plants we used to have in our back garden.

It took a while to unravel the bundles of jute, cut them in half and attach them to the pole. Then I was in a quandary. How would I secure the pole in such a way that I could use both hands to tie the knots? I was looking around and then I saw that the back door of the garage had a gap between door and frame and it became the hanging place. This also meant that I’d be doing the macrame outdoors. And, you know, there are few pleasures greater than tying knots on the open air with birds tweeting and a slight breeze playing around one’s ears. 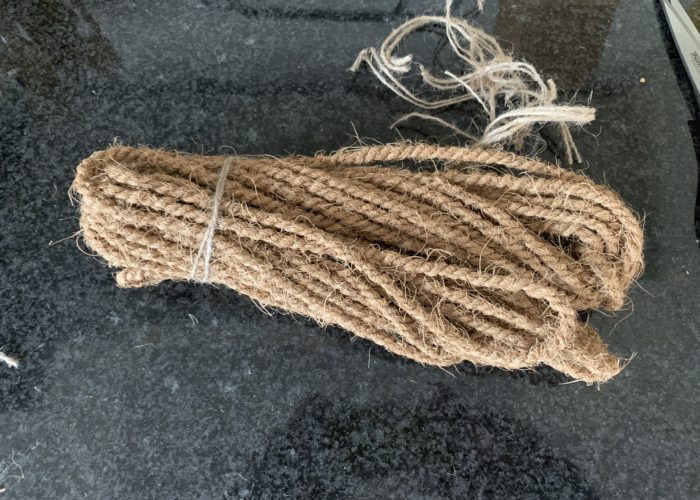 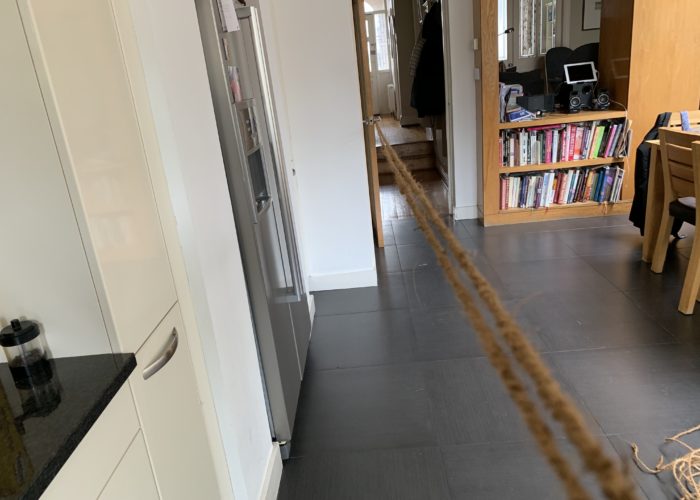 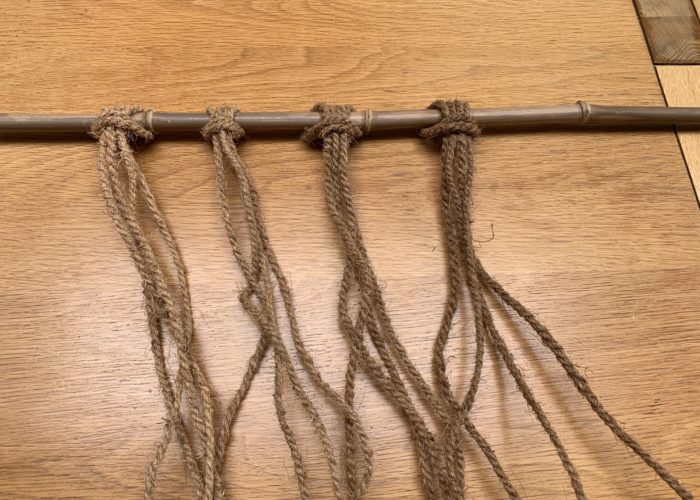 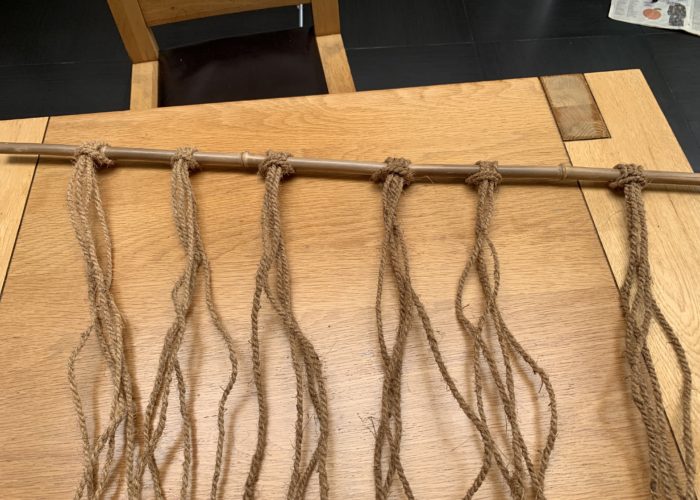 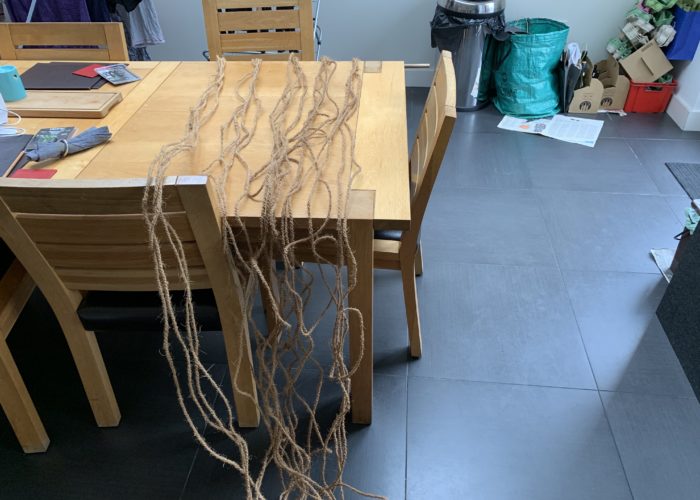 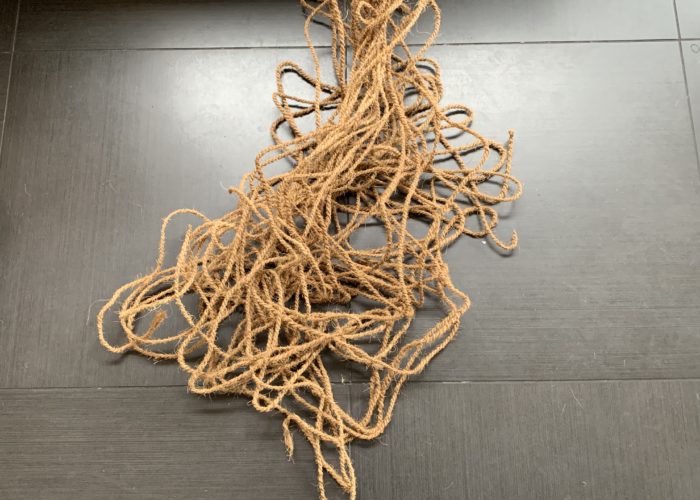 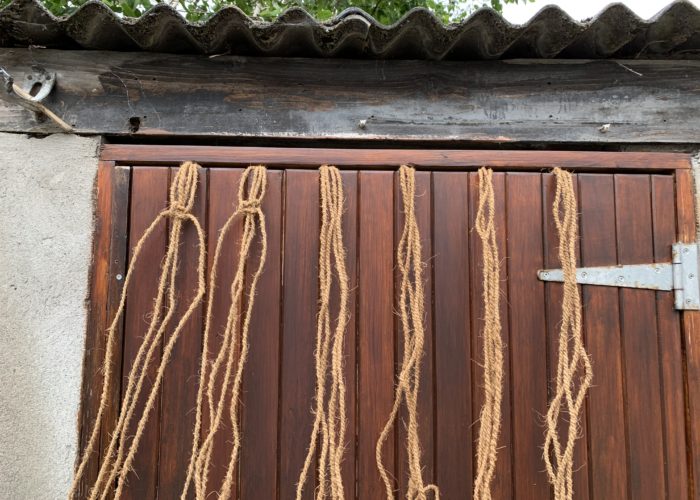 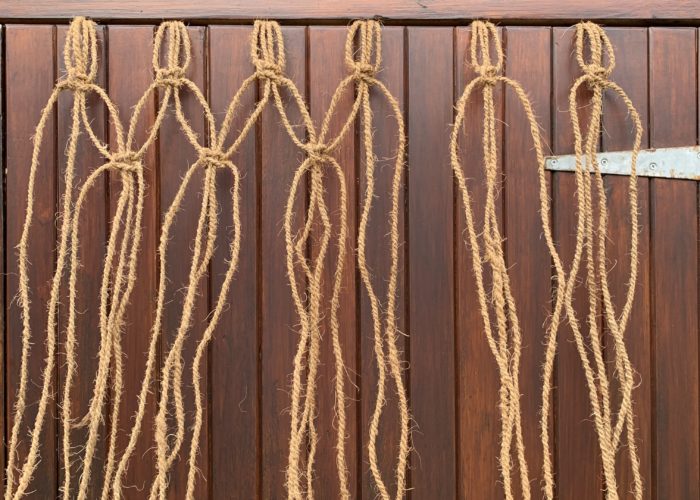 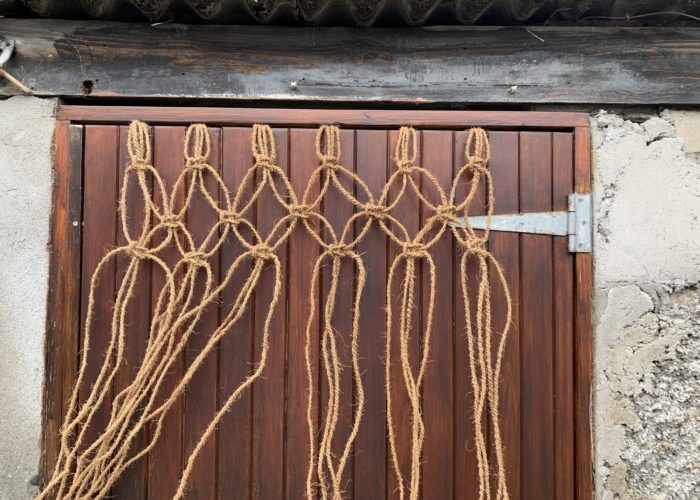 More tomorrow if it doesn’t rain.