So, today I came across some items on Pinterest about things to do with tin cans. I didn’t see anything about using them for candles, as I’ve done but there was mention of decorating them in various ways. I spray painted some of my tuna cans previously but I hadn’t really thought about doing much else with them. But it set me thinking and I thought about how I could improve their looks as candle containers. I thought of snow scenes, replicating a graffiti wall or writing bits of poetry on them: all of which I might do in the future.

This evening, though, after practicing some finger-picking techniques in the guitar, I decided to do ladybirds. Christine suggested removing residual glue from the label with nail polish remover. So I did that and it worked well. I then sanded the outside of the can to make it easier for the paint to stick. Then I painted a base coat (3 actually) with Titan Buff acrylic paint. I covered that with light golden green, dabbed on with a brush. And then I set about doing ladybirds. I was going to do this over two days but I used a hair dryer to dry the acrylic coats and also did some more guitar practice to give the paint a chance to dry further.

The ladybirds were done in a rush and they suffered a bit because of that. But I’m quite pleased with the overall effect. I sprayed some varnish on it at the end, so that should protect it a bit. I’ll take another pic when I’ve filled it with candle. 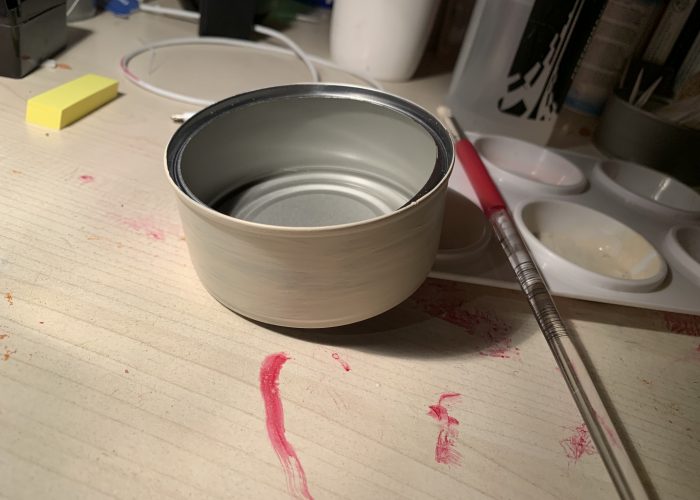 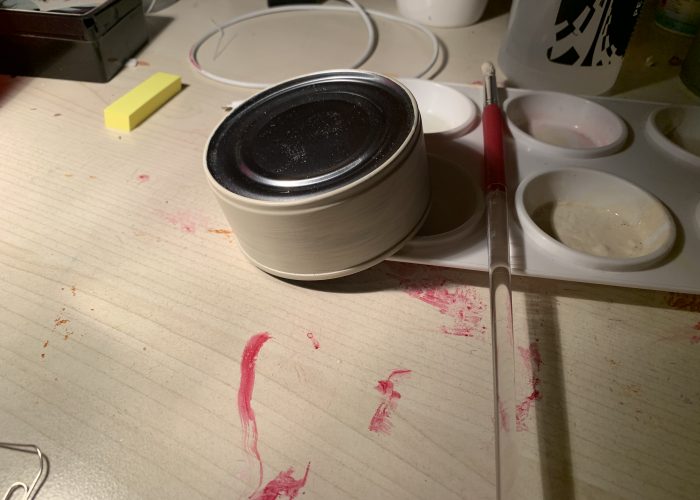 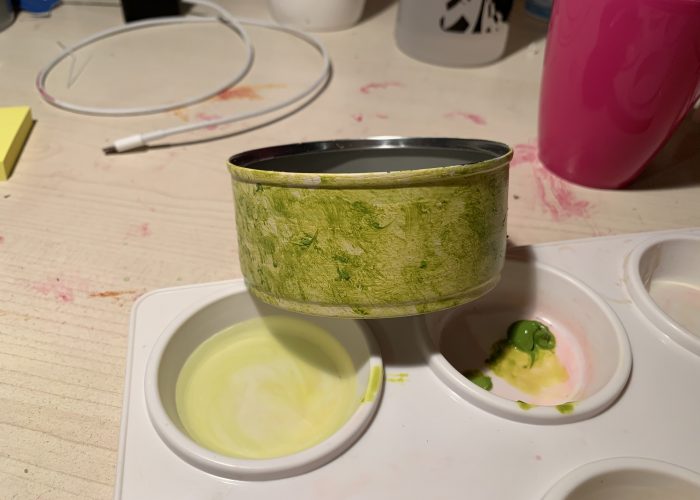 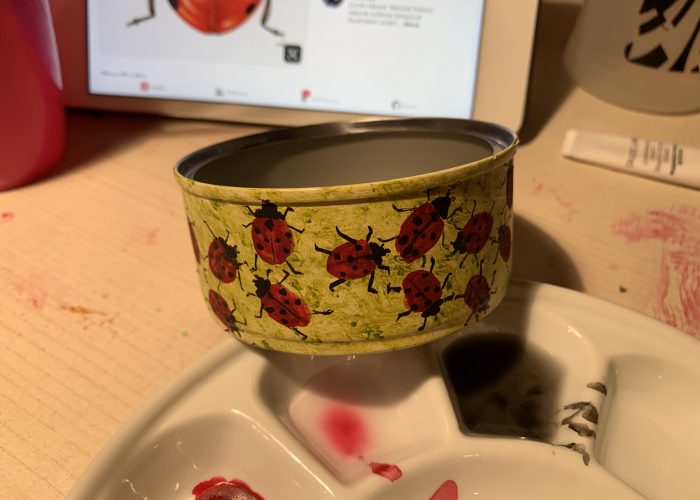 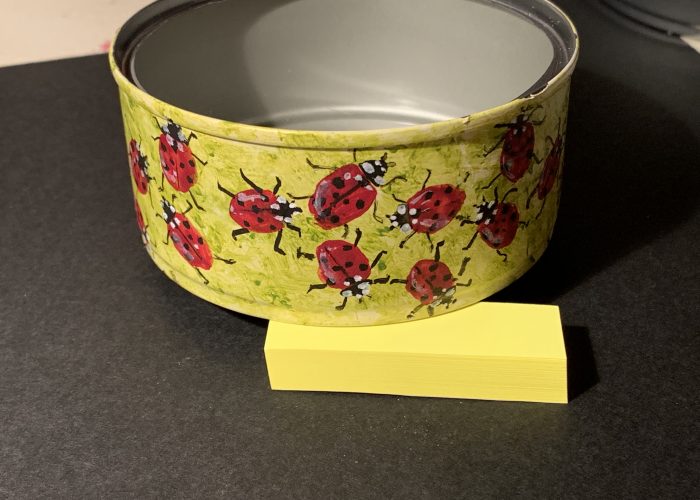 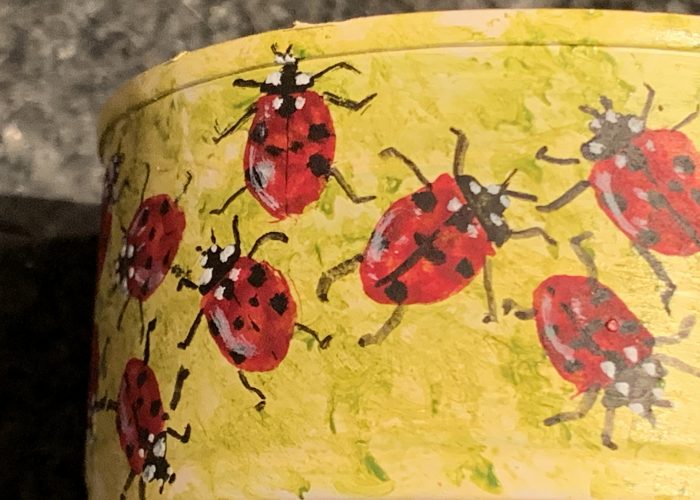 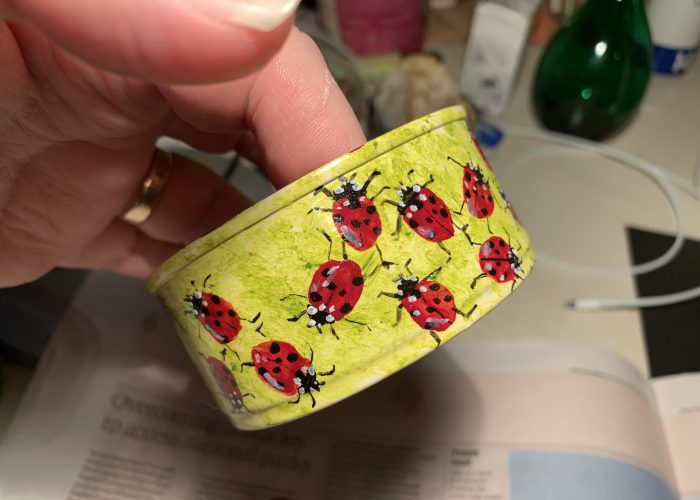