Annette’s birthday was last week. Annette is the spouse of my old pal Richard who lives in Brussels. I sent her a WhatApp birthday message and included a picture of one of the white roses I had made from rice paper. Well, I thought, why not send her one?

Last week I had been looking for something in which to display such things. I toyed with the idea of adapting a J&J cotton bud holder, and making a closure like a camera aperture but when I measured the box and had a go at adapting it, I found that it was too shallow and would have crushed the rose. I thought of other containers but none seemed suitable. As a last shot, I decided to go to a relatively new shop on South Great George’s Street called Sostrene Grene. It’s a kind of upmarket Flying Tiger.

Well, guess what I found? The perfect (well, almost perfect) container. A bit too high and the wrong colour but nothing that couldn’t be fixed with a knife, some rice paper (painted black with Chinese ink), glue and some creative thinking.

So I cut it and covered it, made the rose, popped it in the box, tied it with ribbon and posted it today. Hope she likes it.

Some of the things I make have more significance than others. Here’s the process from almost the start, to the end. 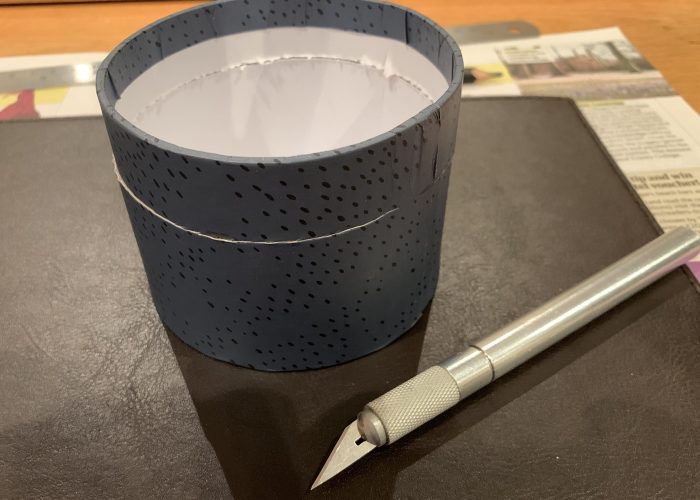 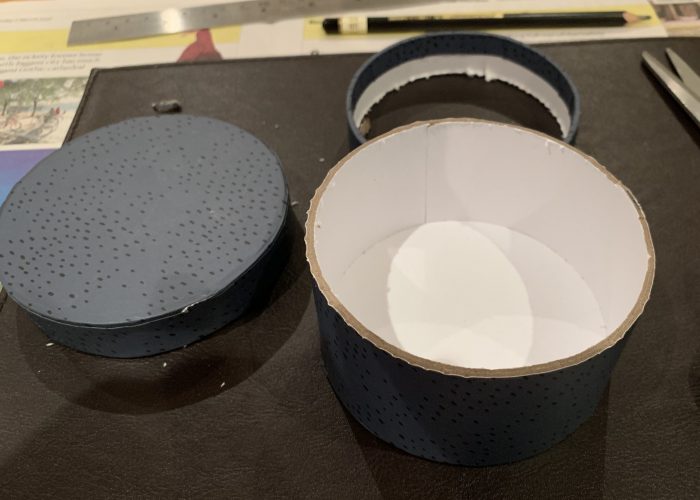 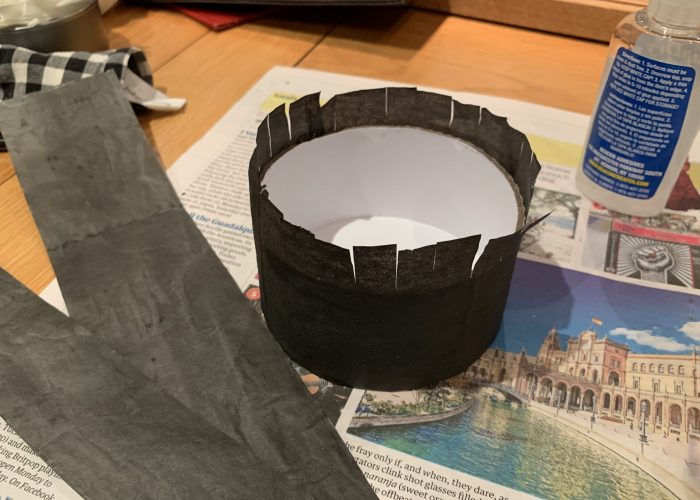 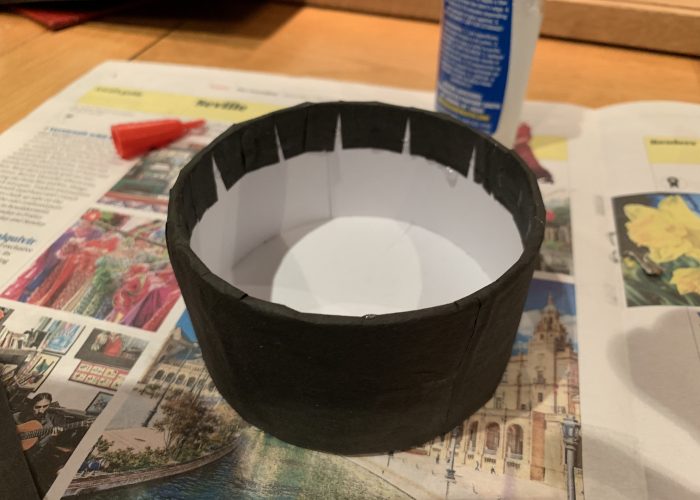 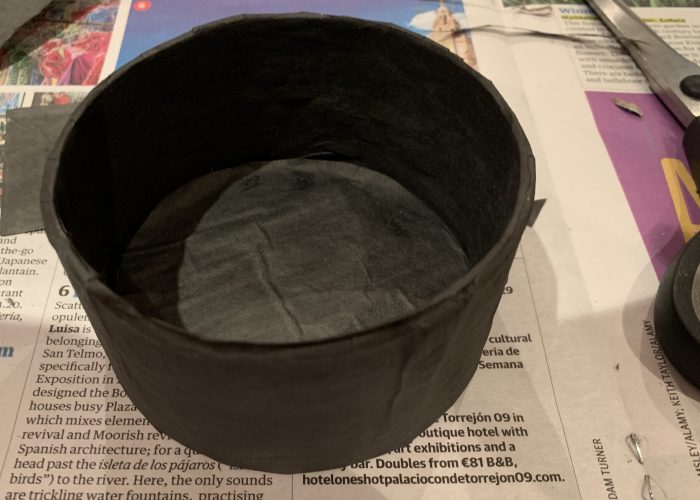 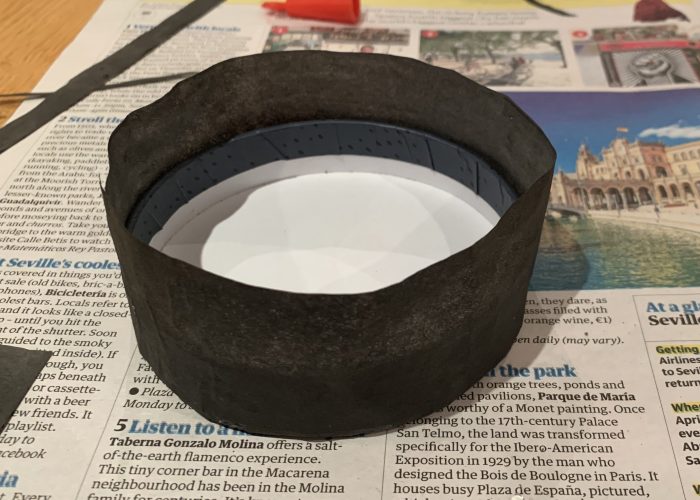 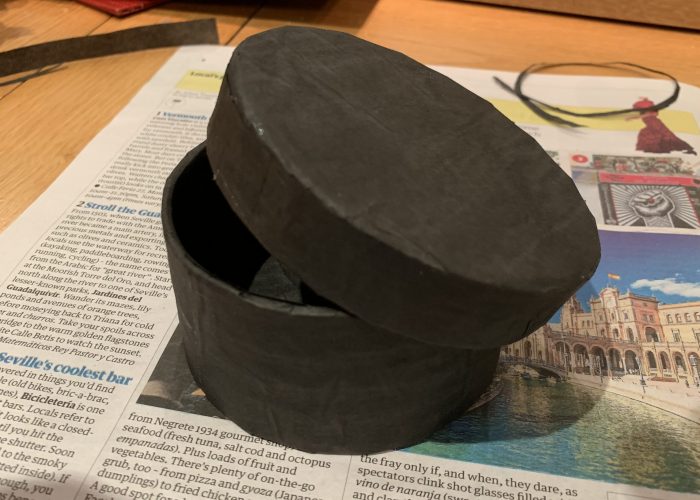 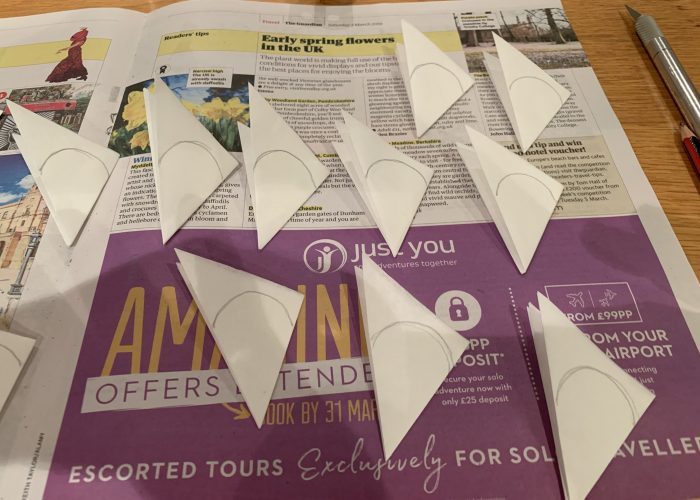 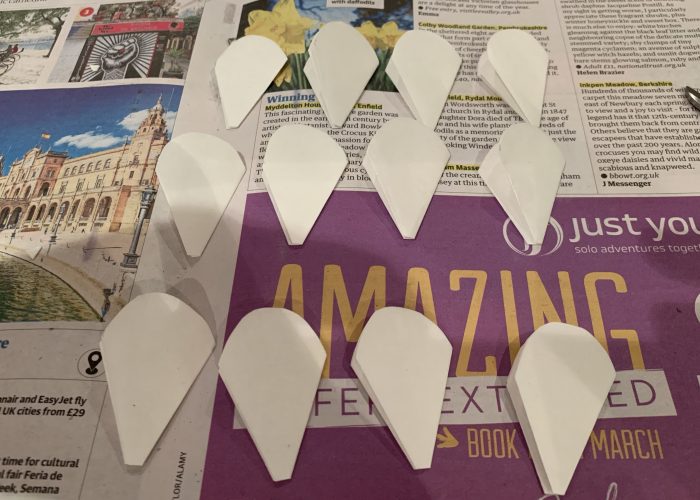 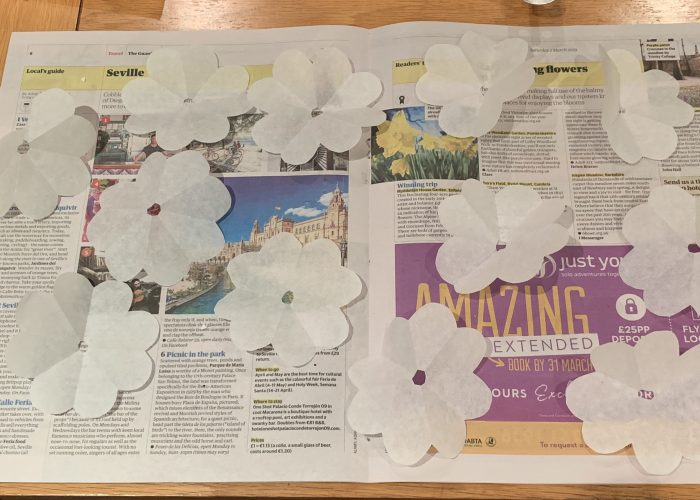 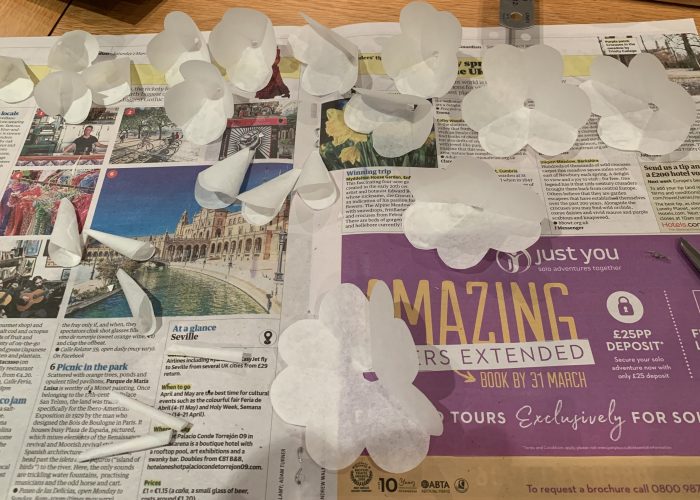 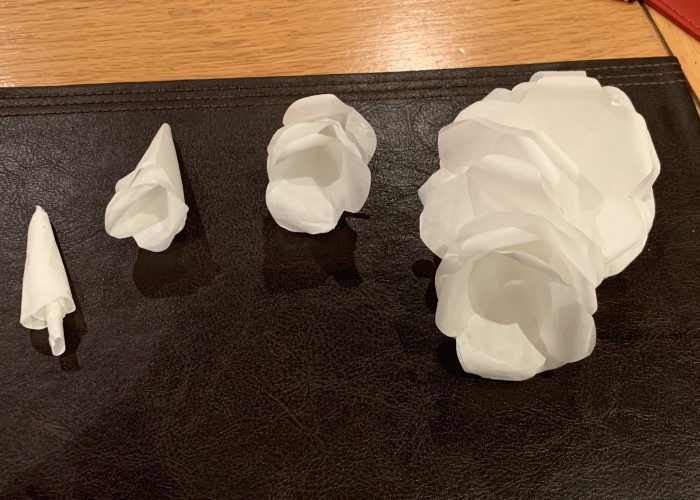 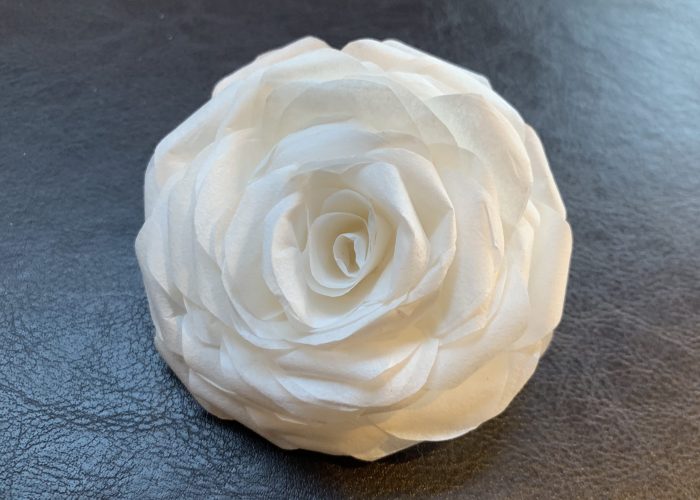 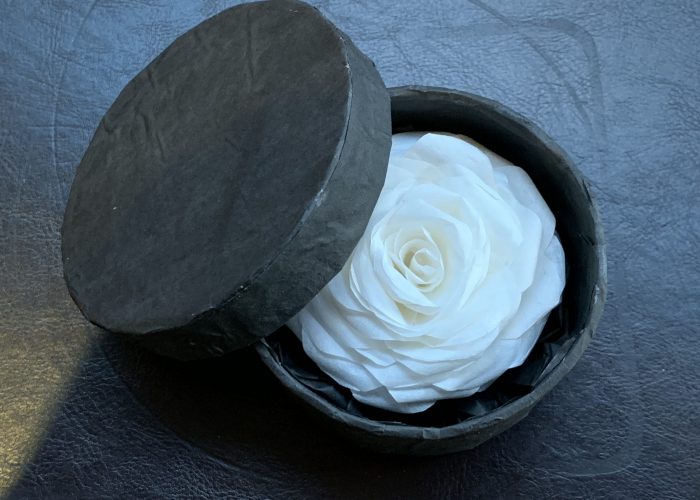 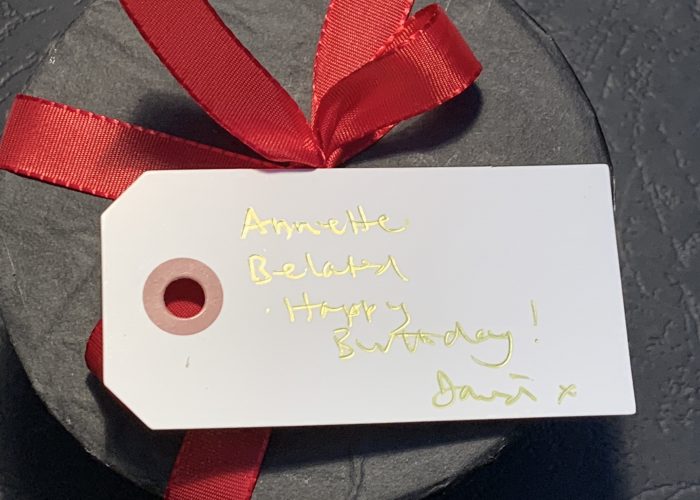 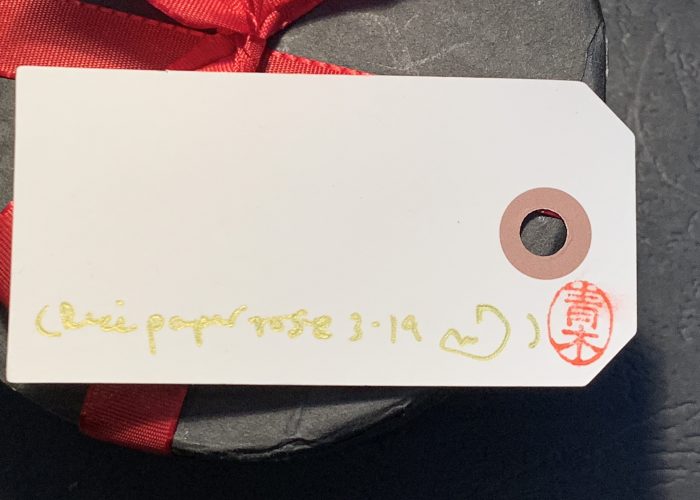 Oh, and I also made some more candles, scented this time with lemongrass and lavender. Lovely! (I hope.)

I’ve also been playing the ukulele a lot. It’s a very relaxing activity and I now have a range of favourite songs. Mainly chosen on the basis of attractive chord progressions.