Sometime in 1984, we were in Uxbridge, in north west London. The miners’ strike was in full swing and some people were collecting money to support miners’ families. The slogan on the collection tins was was Dig Deep for the Miners. Clever. 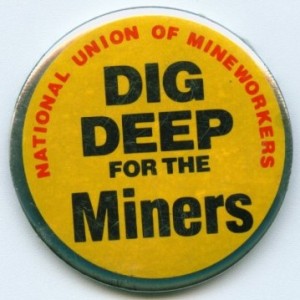 I did put money in the tin, mainly as a small act of anti-Thatcher solidarity. I think I may even have bought a badge. Without too much difficulty, one can see that the origins of the rise in English nationalism (before the mid-1980s, the sight of a St George’s Cross flag was very rare) and the current political crisis in Britain about Brexit lie in Thatcher’s period in power. She firmly shifted the political focus in Britain from facilitating the social good to idealising and providing for the right of the individual to act and accumulate for his/her own benefit, to the exclusion of others.

Anyway, what put me in mind of the phrase, dig deep, is my Knifey Spoony work in progress. I excised a lot of wood today and the item is taking shape nicely. I haven’t yet decided whether to merge all the cutlery on one level, and use it (say) as a trivet, or to represent the different levels of each item and just have it as an art object. I like the idea of making something that can be used but I kind of relish the challenge of seeing can I represent the individual items under and over each other. 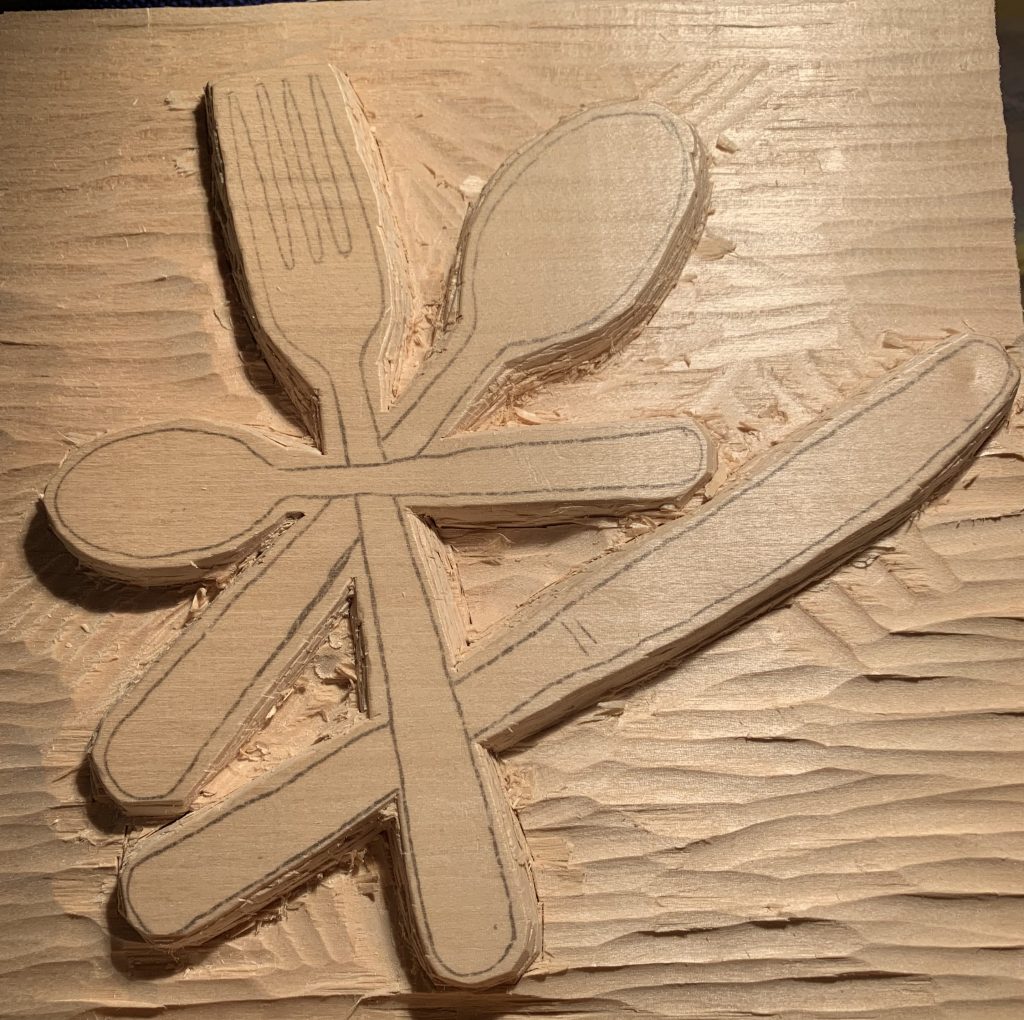 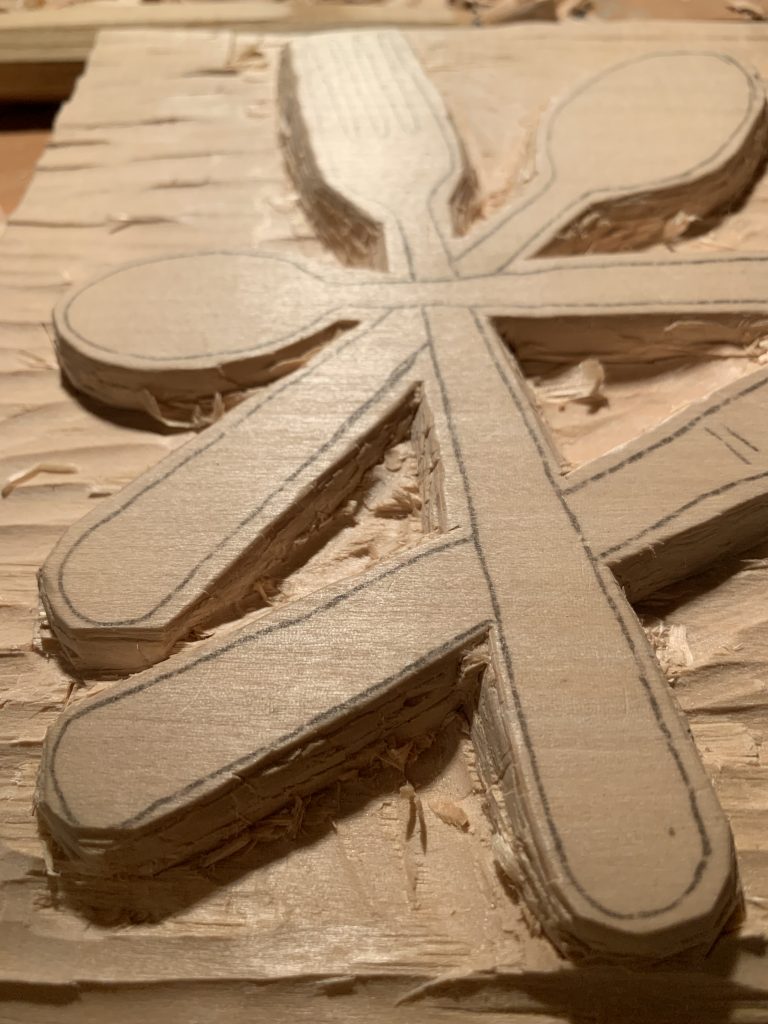