Of all my resolutions, ever, apart from finally giving up cigarettes eight years ago, this one about doing something creative every day is the one that satisfies me most, gives me energy and makes me feel alive and in touch with the world. (That looks terribly pretentious when written down, but it’s as near as I can get to what I feel.)

The tagline for this blog is ‘miscellaneous musings’ and I’ve been thinking about inspiration, openness of mind and the mental space in which creativity takes place. For years, I’ve kind of felt, if not creatively blocked, then not willing to make the effort to be creative, artistically or mentally. Now, it’s bubbling, fizzing, sizzling in my mind and, while I don’t have the technical know-how to do some of the things that I want to, in the way I see them in my mind, at least I feel that I might as well have a go. Indeed, sometimes I feel compelled to have a go.

Take this morning. I happened to open Google and saw the Oskar Schlemmer Google Doodle, and I thought that something inspired by his simple geometric shapes, in primary colours on a used tea bag would be interesting. So, that’s what this morning has been about (well, partly – I did empty the dishwasher and make breakfast and make my lunch – and it’s only 8.27am!).

This is me just working out the idea. The teabag is prepared! 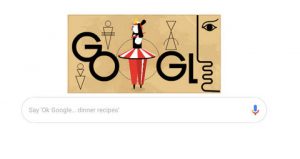 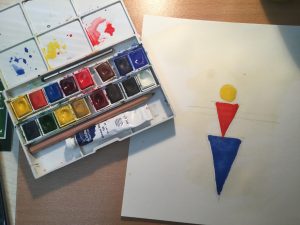 And there’s a spoon. Again, in progress. So it’s really a third of a spoon. 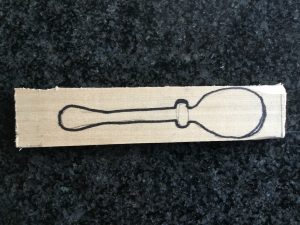 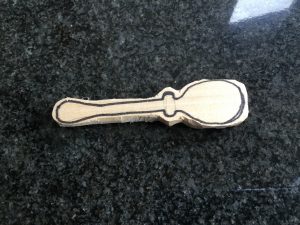 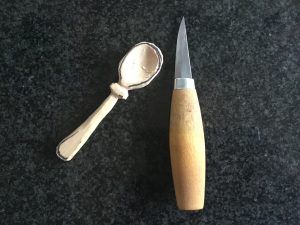