Christine suggested that I make this breakfast today and include it in thebreakfastblog.ie. So, that’s what I did. (Haven’t written it up quite yet but will later.)

I used the recipe from Rick Stein’s Mexico book that Vicky (my assistant in the Irish Board) had got for me for a pressie earlier in the year, 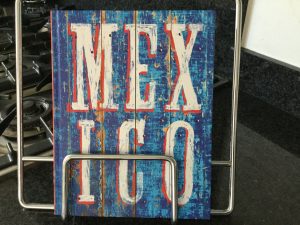 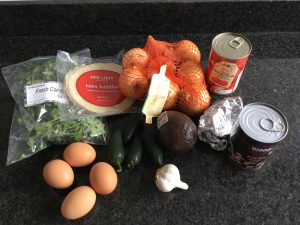 and made it. It was a bit fiddly in that there are three recipes involved (the Huevos Rancheros themselves, refried beans and Rancheros salsa). There could have been a fourth but I bought some corn tortillas from Picado, a really nice small Mexican food shop on South Richmond Street.

The guacamole (actually a fifth part) wasn’t necessary but I had bought a couple of gorgeous avocados yesterday and had a lime so I combined them to create a bit of a fresh garnish. 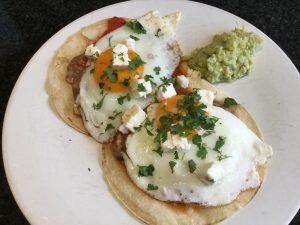