I love the idea of transforming a lump of wood into some sort of recognisable shape. With a knife. It appeals to that bit of me that loves messing around with rope and boats and fire and the outdoors. It’s not a huge bit of me, but every so often it needs to be fed, watered and tended to.

In fits and starts over the last few years, I’ve whittled and carved. A spoon here, a letter opener there, a decorated fish 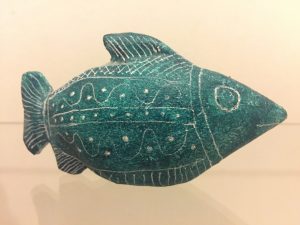 and a small woman. 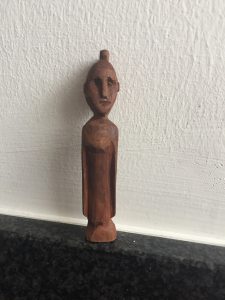 A bear? Now, there’s a challenge. I started my bear a bit before my current ‘do something creative every day’ phase, but it gathered quite a bit of momentum after 31 July, and I finished him last Saturday. You can trace his evolution below. Note the bloodstains. Three plasters were used in his manufacture.

He’s very much a bear of two halves. The photo is flattering: his other side is not great. But, as a pal said to me recently, ‘we all have a bad side you know’. Hmm. Interesting thought. 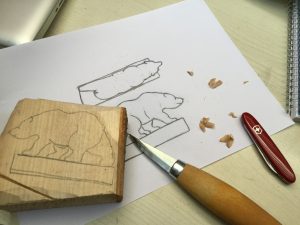 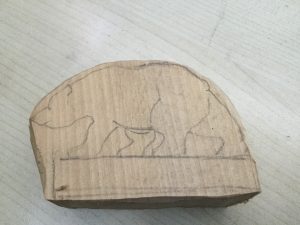 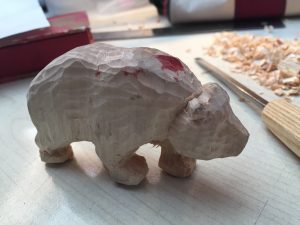 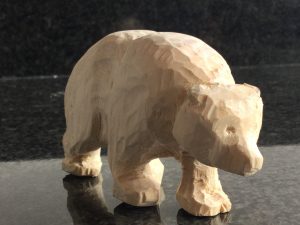 And, sure, while we’re at it, I said to myself, I’ll have a go at a Celtic knot. An easy one mind. Nothing too complex. 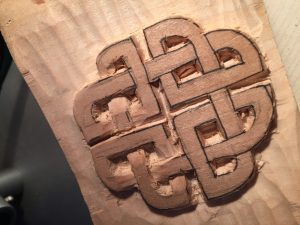 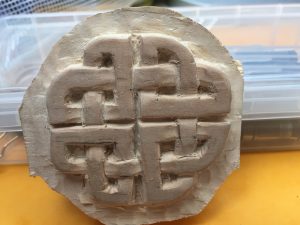 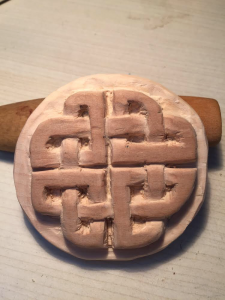 Now these are a little crude and not as neatly finished as one might like. But I’m no master carver and, for me (and that’s who I’m doing all this for), they’re grand. And the more I do, the better I’ll get.